New research shows that drinking one to three glasses of champagne a week may counteract the memory loss associated with aging, and could help delay the onset of degenerative brain disorders, such as dementia. Scientists at the University of Reading have shown that the phenolic compounds found in champagne can improve spatial memory, which is responsible for recording information about one’s environment, and storing the information for future navigation.

The compounds work by modulating signals in the hippocampus and cortex, which control memory and learning. The compounds were found to favorably alter a number of proteins linked to the effective storage of memories in the brain. Many of these are known to be depleted with age, making memory storage less efficient, and leading to poorer memory in old age and conditions such as dementia. Champagne slows these loses and therefore may help prevent the cognitive losses that occur during typical and atypical brain aging.

Champagne has relatively high levels of phenolics compared to white wine, deriving predominantly from the two red grapes, Pinot Noir and Pinot Meunier, which are used in its production along with the white grape Chardonnay. It is these phenolic compounds which are believed to be responsible for the beneficial effects of champagne on the brain.

Professor Jeremy Spencer, Department of Food and Nutritional Sciences, University of Reading, said: “These exciting results illustrate for the first time that the moderate consumption of champagne has the potential to influence cognitive functioning, such as memory. Such observations have previously been reported with red wine, through the actions of flavonoids contained within it.

“However, our research shows that champagne, which lacks flavonoids, is also capable of influencing brain function through the actions of smaller phenolic compounds, previously thought to lack biological activity. We encourage a responsible approach to alcohol consumption, and our results suggest that a very low intake of one to two glasses a week can be effective.”

Dr. David Vauzour, the researcher on the study, added: “in the near future we will be looking to translate these findings into humans. This has been achieved successfully with other polyphenol-rich foods, such as blueberry and cocoa, and we predict similar outcomes for moderate Champagne intake on cognition in humans.”

Previous research from the University of Reading revealed that two glasses of champagne a day may be good for your heart and circulation and could reduce the risks of suffering from cardiovascular disease and stroke.

The study can be found here.

This article was republished from medicalexpress.com.

While Google and other online services claim they are simply trying to create a better online experience for users by targeting advertising to their preferences, consumers have their doubts. UCLA Information Studies Professor Leah Lievrouw offers her perspective on the business practices of online companies and the effect on personal privacy. The article can be found here.

Millions of seniors in the United States are missing out on more than $20 billion in aid that could help pay for food, medicine and heating, simply because they don’t know it’s there, according to a report released February 14, 2012 by organizations that advocate for seniors. To read the article, click here.

After a new study found that a deficiency in vitamin B-12 was associated with memory and thinking problems, as well as brain shrinkage; the New York Times reported that an 85-year old woman, diagnosed with Alzheimer’s disease, was prescribed Aricept, which only made matters worse. She was also found to be deficient in vitamin B12 and her doctor thought it could be contributing to her symptoms.  He was right. After prescribing vitamin B12, the woman’s memory became much better.  The New York Times article can be read here. 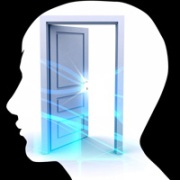 Have you ever walked to another room in the house to get something, and then forgotten what you came to get?  New research  suggests that the cause may not be a senior moment, but rather passing through doorways.

Read about the study here.

Why are some people so much more effective at learning from their mistakes? Here is a fascinating piece of research on how we learn. Check out this article from Wired: Why Do Some People Learn Faster?

Hedda Bolgar, a psychoanalyst, still sees clients four days a week. She also serves on several boards of organizations, gives talks on psychoanalysis, feminism and aging and has in recent years combined political activism with psychology.  She was recently honored in Washington, D.C., where she received one of two Outstanding Oldest Worker Awards given this year by the organization Experience Works. She shared the spotlight with a 101-year-old man who’s a custodian at a Maryland post office. To read more, click here.